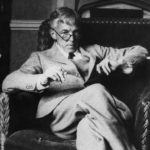 Put me on the note because even though I'm shy and a bit weird, I showed the world that it's ok to love maths purely for its beauty. Maths does not have to be useful.