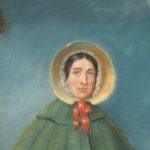 Put me on the note because my discoveries of ancient reptiles still thrill and inspire today.