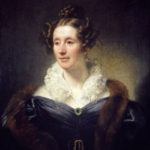 I should be on the note because I made it possible for people to truly engage with the science of my time.