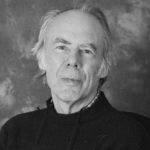 I helped to shape our understanding of global warming and discovered that ice sheets fluctuated during the Quaternary!